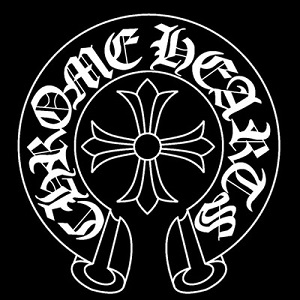 Chrome Hearts jewelries, originally produced for bikers, immediately attracted silver accessory fans' attentions because of their high quality and fascinating designs. In 1992, Chrome Hearts was awarded the Designer of the Year in the accessories department of the CFDA, which made the brand world-famous as opening a retail store "CHROME HEARTS N.Y" in New York.

Their jewelries are being loved by many of the musicians and celebrities such as Rolling Stones, Guns N 'Roses members, Jon Bon Jovi, Brad Pitt and even Chanel's designer Karl Lagerfeld.

In other countries, the stores of COMME des GARÇONS in Japan has started handling a collection of Chrome Hearts in the 1990s. In 1999, Japan's its first retail store "CHROME HEARTS TOKYO" was opened in Aoyama, Tokyo. Currently, they have their stores in Japanese major cities such as Harajuku, Ginza, Osaka, Fukuoka, and Nagoya.